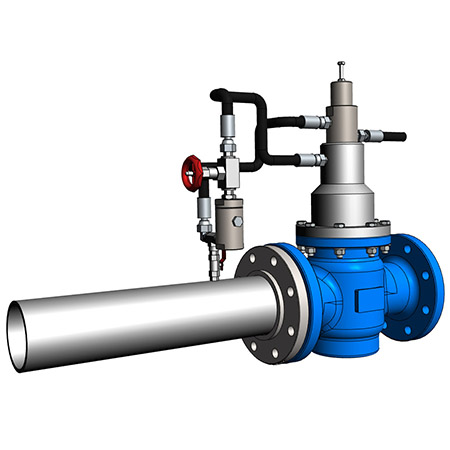 A pilot operated surge relief valve is designed to open when an over pressure situation occurs and has an easily adjustable set pressure. The LFC™_3B pilot operated surge relief valve has been developed to present a robust and simple and cost-effective low pressure (up to 2.5 MPa / 363 Psi) solution to fluid handling issues in any industrial sector.

All the moving parts of LFC™_3B surge relief valve are manufactured from stainless steel which increases reliability and durability. The LFC™_3B requires minimal maintenance, the majority of which, can be conducted with the valve remaining in situ.